How good are TDEE / BMR estimators? 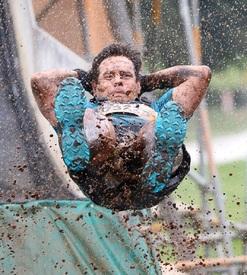 BACKGROUND & AIMS:
Consensus on the best equation for predicting metabolic rate in healthy people remains elusive. New equations continue to appear. The purpose of the current study was to validate several standard and new metabolic rate equations in obese and non-obese adults.
METHODS:
Resting metabolic rate was measured with indirect calorimetry and calculated using the Mifflin St. Jeor, Livingston, Harris Benedict, Muller, Vander Weg, WHO equations, and the Oxford variation of WHO. Each equation was compared for accuracy (percent of estimates falling within 10% of measured) and bias (95% confidence intervals of differences between estimate and measured expenditure that excluded zero).
RESULTS:
Three hundred thirty-seven ambulatory, community-living adults were measured. The Mifflin St. Jeor equation was unbiased (95% confidence interval -26 to +8 kcal/day), the Livingston equation tended to underestimate true metabolic rate (95% confidence interval -63 to -25 kcal/day), while all other equations tended to overestimate true metabolic rate. Accuracy rate was similar between Mifflin St. Jeor and Livingston (82 vs. 79%). Accuracy rate was lower in obese than non-obese volunteers, no matter which equation was used (for example 87 vs. 75% for the Mifflin St. Jeor equation).
CONCLUSION:
The Mifflin St. Jeor equation is confirmed as a useful prediction equation for resting metabolic rate in community-living ambulatory adults of various body sizes, though the Livingston equation is similar. Accuracy rate is lower in obese than non-obese people, and so an obesity-specific equation is proposed. This equation needs validation before it is adopted for clinical use.