Is Water Weight a Myth? 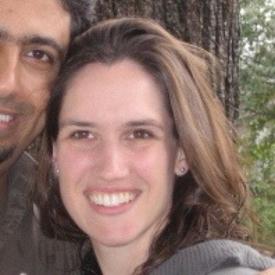 klmcneil1 Posts: 26Member Member Posts: 26Member Member
in Debate: Health and Fitness
I always wondered why, if you were fasting or doing very low carb or something, people would say that your initial, fast weight loss would be "mostly water weight." That just didn't make any sense to me, why if you're still consuming plenty of fluids but not calories, your body wouldn't be using your fat stores.

So I looked into it a bit and found a lot of explanations that go something like this:
"For example, going on a low carb diet, or cutting your carbs way back, triggers the loss of glycogen and the water stored with it, and if extreme, can also be dehydrating."

Looking into glycogen metabolism, that seems to make sense, since every gram of glycogen is bound to around 3 grams of water. But then I read up on fatty acid metabolism, and learned that it (not glycogen) is your primary energy source between meals. The glycogen stores are only used where fatty acids (triglycerides stored in your fat cells) can't be: in the brain and red blood cells. More importantly, there's only about 100 grams of glycogen stored in the liver: even with its associated water, that's less than a pound. (There's more stored in the muscles, but that glycogen can only be used for energy in the muscles, not transported to other parts of the body like the glycogen in the liver.) So the idea that someone can lose 10 lbs of "water weight" seems unlikely.

I don't know, I'm no biochemist, but this is seeming to me like one of those nutrition "truisms" that doesn't hold up when you actually look for evidence.

What do you guys think?