Will You Let it Eat You Alive? 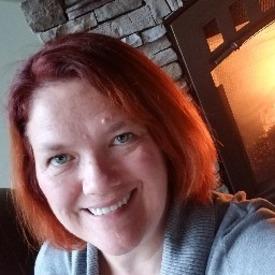 I have spent that last 15+ (give or take) years being on-again, off-again the "Food Fear" bandwagon. It led me to get rid of my microwave, to throw out hundreds of dollars of "processed chemical junk food" from my pantry, force my family to eat lesser tasting, more expensive, organic foods, spend almost $1000 on both a juicer and a bread machine so I could make my own concoctions and my own bread and we'd be oh so happy and healthy. I was going to basically exist on green smoothies and home made bread, and dammit my family was going to come along for the ride and LIKE it.

SIDE NOTE: Nobody in the family but me will drink the juices, and now I bake bread about 2x a year. (No I didn't need a bread machine, but because of the way I cook and bake, it seemed the smartest choice.) I haven't used the juicer in several months, possibly years, and only on occasion make a smoothie with my Ninja, which I also bought thanks to FOOD FEAR.

Eventually my budget would not allow me to continue down the 100% organic path, plus I was devastated to learn that organic on the label doesn't mean it's really, truly, 100% organic because nobody really checks up on it - we are at the mercy of the integrity of the company putting out the food.

I bought all kinds of books about backyard & container gardening, and envisioned how I was going to be a regular Earth Mama, and grow our own salads (regardless of the fact that our growing season here in my corner of the world is somewhat short. Not as short as say, Alaska, but not like SoCal or down South).

I was fraught with anxiety and stress over all the food fear crap. Yes, the BPA in canned food. Led me to get rid of almost all of my plastic containers and buy mason jars for food storage. Well that works for some things but not others. Sigh. Now I have a cupboard full of mason jars, which are not always convenient.

Food from China! Don't get me started - we have more to "worry about" there than just the dang cinnamon. They (chinese manufacturers) had shipped cough medicine to Central America that contained a commercial form of silicone rather than food quality silicone - it was essentially anti-freeze. Yup. Try finding food sources you can trust.

Monsanto! I swear I caused half of my FB friends to unfollow me because of my sharing links about how Monsanto is ruining our world. I still believe they are, but I honestly don't know what we can do about it.

This stuff will EAT YOU ALIVE if you let it. Fact is - we're all going to die. Cancer is like a lottery - you just never know if you're going to be picked to get it. A woman I know lived a very "healthy" and super strict lifestyle for years and years and YEARS - from starting sometime in the 70s, banning sugar from her home, never consuming alcohol, eating only "whole" and "healthy" foods - exercised daily, etc. She was not overweight, and she looked the absolute picture of health. Guess what? Cancer got her before she turned 55. She didn't just GET cancer, she DIED from it. And I suspect she refused traditional chemo treatments - not sure - but she seemed like the type to go against the grain of the "medical community" and their "plots" to "poison" people with their drugs. I do know she regularly visited an herbalist.

And she's still dead. Before her grandson's first birthday.

AGAIN...this stuff will eat you alive - you can obsess over it - and still die.

Or you can just accept that we live in an imperfect world and we're all gonna die anyway. Thousands of years ago it was pestilence and predators that were our enemies.