Feeling like I just can't find the balance. (ED related) 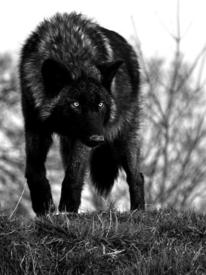 taliahale Member Posts: 5 Member Posts: 5
in Goal: Maintaining Weight
I am 5'8 and 120lbs. I have been at my heaviest around 145lbs, I haven't weighed that in four years though. I am in recovery for anorexia/bulimia. When I was 145lbs I was struggling with the eating disorders then too, it just wasn't a clinical textbook type thing I had going on. I would starve and binge off and on, which kept me at the normal weight. I am a normal weight now, though my nutritionist says its the lowest weight she'd allow for my height. I've also been very underweight, I was very sick for a long time. My lowest weight was 95lbs.

I am told I have a very high metabolism. When I was on weight restoration my calories I had to eat were around 4000 (I think, I wasn't allowed to know the ingredients in this huge shake they made at the treatment center, but I have guesses, I know it was ice cream and boost, and protein powder, it was fattening, without the shake I know the food part they had me eating alone was 2600 calories... yeah I was about to pop every day...) and I wasn't allowed to move, I was on zero exercise at all. Even then they got me to only gain ten pounds in four months, on that calorie level. I feel that's sorta nuts.

I start to panic when my weight gets in the high 120's. I am in a lower level of treatment now, I go to a day program. I have been in and out of treatment sine 2009 and am just so tired of it. But I feel like when I get to the 120's my weight levels off, and then it's like I don't want to gain any more, and it's really hard too, but I don't want to keep eating the high calorie levels (I don't do the shakes, but I am expected to eat around 2300 calories of food.) I end up eating anywhere from 700-1700 calories a day. I know that I start losing weight at 1700 calories, I lost alot really fast when I eat 700.. I know I've lost some weight in the past week, I don't know my weight. I don't have a scale. But I got in trouble at treatment for losing and was told if I lost more I'd have to go back to a higher level of day program.

I am just so frustrated because I feel fat when I eat so much, and I have alot of GI problems as a result of years of bulimia, so I air up and bloat when I eat most things.