How I stopped kidding myself 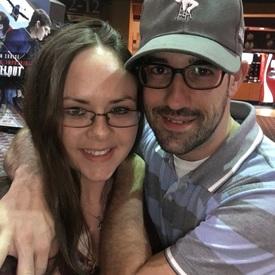 sarahlucindac Posts: 235 Member
September 2018 in Health and Weight Loss
Hey everyone, just wanted to share my experience with the food scale - my best friend and worst enemy.
I’ve lost 43 lbs so far and for the first 25-30, I used measuring cups and “eyeballing”, and it worked fine - until it didn’t. The scale refused to budge for almost a month and I had no idea that I had been sabotaging myself. I posted in the forums here on MFP for help and one of my friends, @quiksylver296 chimed in about food scales. I took her input seriously but at the time I was sure that I was logging accurately and my thought process was “well I’ve lost weight so far, so my logging must be accurate”. Wrong!! I had lost a significant amount of weight so far, my calorie needs had changed and that meant that a “few extra” calories not logged accurately added up even more since I needed a larger deficit now in order to maintain my rate of loss (set to 1.5 lbs/week). A smaller person needs fewer calories.
So I purchased a food scale. The very first day, I realized that there were several hundred extra calories sneaking their way into my day. Several hundred!! On some days, as many as 400-500 calories that would have been unaccounted for.
The main culprits for me were things like ice cream, mayo, coffee creamer, salad dressings, etc. I had been measuring my ice cream in a measuring cup and learned that I was getting almost 33% more in each “serving”. It was a sad day that I realized I did not know what a portion of ice cream looks like, lol 😢 😂
There were also some foods that I was shorting myself on like cereal, Mac and cheese (wooohooo!!), and deli meat. But in the end, I was eating way more than I thought.
Since picking up the food scale and becoming more accurate about what I’m consuming, I’ve had massive success. The scale has been going down consistently every week.
Another bonus to the food scale is it keeps me from randomly grazing and snacking because I don’t want to have to bother pulling out the food scale for just 2 or 3 grapes, for example. When I eat, it’s deliberate and everything is weighed.
Getting a food scale was some of the best advice I’ve received (thanks, quiksylver296).
Just wanted to share my experience so that maybe it can help others who have wondered why their efforts aren’t yielding the results they expect.
219
«1234567»