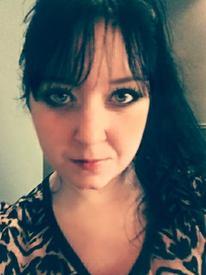 AshleyWallace3 Posts: 9 Member
February 2019 in Health and Weight Loss
Counting calories will help you lose weight. And if that's what you need, you go for that. I lost 3 stone off SW and then another stone and a half using MyFitnessPal. It does work.

And then I became obsessed. I even put up a post here berating myself for - gasp - eating a McDonalds after I had spent the week before on around 900/1000 calories, stating I felt so disappointed and guilty with myself, addressing it as a 'major' set back... Maybe some of you guys who commented remember me, haha! I think every single person that commented pointed out how bizarre and how unhealthy that was. And sadly, those posts hit against a brick wall. For anyone reading, they're probably shrugging and thinking 'So? You're trying to lose weight, aren't you?'

I feel like I can't convey it. Weighing myself twice a day - I was so desperate to see how the day before had impacted me that I shot up out of bed, went to the bathroom so that it didn't affect the numbers, and sped to those scales before anything else. I could lose 5/6 pound in a week. If I lost a pound, I was reinforced, and hooked all over again. If I gained, I immediately made a mental plan to punish myself with my diet.

I declined social nights out because I was scared about gaining weight.

I missed out entire meals so I could finally have some chocolate and still lose a pound. How bloody unhealthy is that?

A few times, I felt so bad about eating big portions on social events that I forced myself to vomit in the bathroom. There were also the unsuccessful attempts.

I didn't exercise excessively, but I did exercise for the sole reason of burning off one of my very limited meals. So I made matters a bit worse that way.

I examined/examine myself twice or three times a day in the mirror, trying to figure out if I'm fat or not.

A few friends and family said to me that I was going too far with things.

It was a very beloved friend of mine who sat me down very recently and told me that I'm on the way towards developing an eating disorder. And he had warned me about this before, but I have this wall up - he worked in a mental ward, has three family members fighting against anorexia and has at least two female friends who are suffering it.

If I do have an eating disorder... You'd never guess by looking at me. I'm 5'5" and 148-ish pounds. This... is fat to me. But only when I think about myself. I'm not saying I definitely an eating disorder have one, but whatever is going on...

I'm ready to change my lifestyle. Today, I felt immense guilt because I had a packet of crisps. This was the only thing I had for lunch, with a slice of toast and banana for breakfast. This should NOT spark guilt!? I read articles on how to stop feeling guilty about food, and while I didn't eat anything else, I managed to overcome the shame. I felt SO happy that I had managed. For the first time in two years, I didn't feel guilty about having an 'off-limit' food and it felt so, so so wonderful!

I don't want to lose weight now. I want to become HEALTHY, in both body and mind.

*I've stopped weighing myself, but the constant want to do so is still there.

*I'm doing half an hour of hot yoga in the morning, and at least 20 minutes of cardio per day. Not for the calorie burning, just for treating my body right. I'm trying to work on increasing what I eat to compensate for this, but it usually ends up just being a banana. So, big work in progress here!

*If I'm hungry, I'm going to eat. This is another work in progress that I haven't conquered yet.

*NO MORE CALORIE COUNTING! LISTEN TO MY BODY! If I feel a sugar craving, have some fruit. If I want a chocolate bar every once in a while? Hey. That's fine.

*THREE MEALS A DAY, and try to have either fruit/vegetable, protein, healthy fat, and complex carbs with them! Again, this is something I'm working on. It's part of the reason I felt so guilty about my lunch today. I don't look at them in calories anymore, I look at them and think positively. Whereas before, a baked potato with tuna (and full-fat mayo) would have made me dread the calories in them, I'm now going to think about the goodness in them.

I've deleted MyFitnessPal from my shortcuts and favorite list. However... The fact I haven't deleted my account tells me something important. I still want it there. The voice that's fat-shaming me, and obsessing about calories and making me feel bad about food... She's not ready to let this go yet. But it'll come.

I think, guys, if you had to choose between them:

Be happy and healthy and a few pounds overweight,
Rather than the 'ideal' weight and a prisoner to calories.