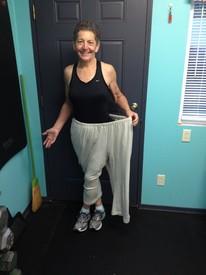 lorrpb Member Posts: 11,184 Member Member Posts: 11,184 Member
in Debate: Health and Fitness
Do you think the layout of your kitchen and home could help or hinder weight loss? For example, many people like open concept where the kitchen and living areas are combined, so the kitchen is always in full view. Does this tempt one to snack and graze more than in a home where the kitchen is “out of sight, out of mind”. Are there features in a kitchen that might encourage /discourage unnecessary eating, particularly types or locations of storage? Im sure people can and lose weight and gain weight in any type of home, but it seems there are features that could make it easier or harder to reach your goals.
April 30, 2019 12:05AM
1
«12»