Log In · Sign Up
Message Boards › Goal: Gaining Weight and Body Building
You are currently viewing the message boards in: 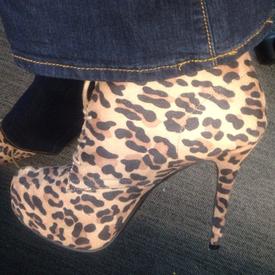 COGypsy Posts: 555Member Member Posts: 555Member Member
in Goal: Gaining Weight and Body Building
I've started working with a new trainer who uses RPE to determine weights and sets in our workouts. She and I work together one day a week and then I work out two more times more or less on my own. I am just starting out using RPE as a measure and just don't understand how to estimate or calculate it.

Today I thought I was working at an RPE 8. My plan was to do 4 sets of 6. The first two sets were fine. The third set I only got 5 and on the fourth set I tried for a 6th rep and completely failed. Had to have the bar pulled off of me. I used past lifts to estimate what I needed to be doing, but clearly I was very wrong about what equals an RPE 8 and how to determine it without actually failing.

I know that an RPE 8 would mean I have two reps left in the tank, but I'm having a hard time understanding how to determine how many reps I have left without doing reps to failure. I'm working hard to increase my bench right now, so I want to give my best to my workouts to keep progressing, but there's something I'm just not getting when it comes to figuring out how to choose my working weights.

Are there any tips or tricks to determining RPE? Even better--a formula?? I feel like RPE is too "squishy" a thing to have a calculation or formula to support it. In a scenario like today where what I thought was an RPE 8 clearly wasn't, should I have changed the sets and reps? Changed the weight? I've typically done training cycles where load and sets/reps were based on an estimated 1RM, so this new system is really confusing me. I've talked about it some to my trainer and I think it's one of those cases where we're talking past each other, so I'm hoping someone can explain it in a way that clicks for me.
February 12, 2020 6:17PM
0