Help settle an argument- coffee as a diet aid 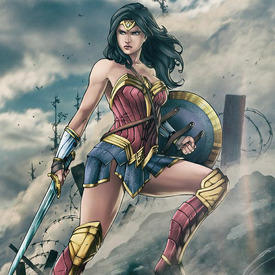 BuiltLikeAPeep Member Posts: 127 Member Member Posts: 127 Member
in Debate: Health and Fitness
TL;DR at the end
Before I get to the debate question, here's a little background info-
I am a 40 year old female, starting weight 340 lbs, current weight 300 lbs. I have been stuck at 300 exactly for about a month or so, but have lost several inches. I lost the first 20 lbs from about July 2019-November 2019, and then another 20 lbs since November. Since November, I have logged more, moved more, eaten less (most days, maybe 80% success rate) and unplugged from my Fitbit (I believe it was registering too many steps and/or calories burned) and I also don't log exercise/extra activity in MFP anymore. Also, my son bought me a coffee percolator for my birthday and a 30 oz coffee tumbler for christmas. Needless to say, I have been drinking A LOT of coffee since the end of November. I have replaced around 3-4 20 oz sodas per day with 30- 60 oz of HOMEMADE coffee and around 100 oz of water per day.

Here's where the debate comes in- I have a friend who swears that the coffee is the sole cause of my weight/ inches lost. It has even caused her to increase her intake of coffee without making any lifestyle changes. I believe it is the lifestyle changes I have made. I have pointed out to her that I can have a homemade cup of coffee for between 100-200 calories versus one 20 oz soda/fruit juice for about 300 calories. So 200-400 calories of coffee versus 900-1200 calories of soda. I already know the answer to this question, I just want to show her how misinformed she is about weight loss (she is the type to try every new weight loss fad she sees online).

TL;DR friend who tries every weight loss fad says my weight/ inches lost are caused only by my increased coffee intake. I say it is the lifestyle changes I have made in the last 3 months.
February 16, 2020 6:10PM
7
«123»