A bit of motivation for all beginners out there 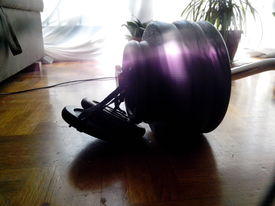 When I first decided that I had to deal with my crap body, I was oblivious. Didn't know anything about anything so first two months was just reading and reading and then more reading.
Finally I understood macros and deficits enough to kind of set everything and start.

First month was confusing but I coped and somewhat did ok enough to see some results, which motivated me to continue, even though I wasn't into it at all.
Second month was much better. I saw clear results, dropped 12 lbs and started to cook and measure everything. It was tedious, but I got the hang of it and soon enough I was entering everything I ate in databases and using recipe calculator for my meals.
All that time I was just doing cardio which now I kind of regret. Weight lifting would be a wiser choice in hindsight.
Fast forward three months and I was 158 lbs and had no problem with weighing, training or maintaining my daily goals.
I switched to weight lifting and really dialed my nutrition and everything went ok.

At this point I realized I had changed in the way I think and behave. I became much more decisive, focused, full of energy. Before that I was mainly static with little will to do anything really.

It is not just about losing weight, building muscle or body recomposition. It's about creating habits and making them second nature. It's about rewiring your brain.

Once you do the same thing long enough, it's inevitable that you'll become good or at least consistent at it.
You learn discipline.
I slowly stopped thinking of food as a reward or comfort. It became tasty fuel. And I learned to cook properly.
At one point I even stopped logging regularly because when you do the same thing over and over, you remember all the weights of everything you like eating and at one point you learn to eyeball it. It became a kind of a game for me, guessing the weight of the ingredient I just chopped into a bowl.
Now, I'll eat anything, I don't restrict any foods. I know how much of anything I can get away with and still hit my daily goals.
I never went above 165 lbs, even with eyeballing the meals.
Training also became second nature. Sometimes I'd wake up, drink coffee, do the training, shower and go to work and in the afternoon would forget that I did the training

The discipline thing is great. It rubbed off on other things, I became more selfaware and dilligent on multiple other stuff like hobbies and work. I used to hate walking, now it's my favorite thing.
It is so rewarding to be able to use your body in any way you want without panting, being in pain or sweating like a pig.

For all of you struggling - it is totally doable!
I was a whiny fat slob 7.5 years ago and for the last 7 years I'm fit, energetic and generally feel great.
The most important thing is not to quit in the early stages in order to create a habit.
Once you do that, everything will change.
Your mindset will change and all this will just become second nature.
I don't even think about it anymore, I just kind of do it.
Just endure, you can do it too!
If I could do it, so can you. And I was a wreck, trust me

And remember, If you fail one day, you don't lose.
You never lose because you always have tommorrow to make amends.