Log In · Sign Up
Message Boards› General Health, Fitness and Diet
You are currently viewing the message boards in:
Tell Us About Your Summer Plans and Progress! 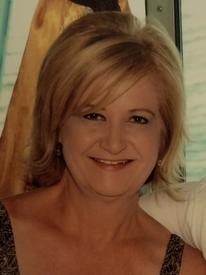 LynnJ9 Member, Premium Posts: 414 Member Member, Premium Posts: 414 Member
in General Health, Fitness and Diet
Sorry fitbit experts, I am sure you have answered this before, but first, please let me know if what I am thinking is true.
Fitbit measures your steps, and based on your steps, MFP adds exercise calories. If you say you are sedentary, it will add calories sooner than if you are active.
If you record an exercise, MFP will record those calories as exercise calories, but it will deduct that many calories from the step calories, because it will assume that you are adding steps while doing the exercise.
If this is true, then here us my second wuestion; how do you adjust the exercise calories for activities that do not affect the steps? Today I rode 9 miles on a stationary bike. It did not record as any steps on the fitbit. I then walked 12000 steps. Now normally 12000 steps will give me about 400 calories. Today my 12000 steps recorded only about 140 calories and then recorded my stationary bike calories.
I know it isn't a big deal, I know how much exercise I did, but I just wondered if there is a way to add exercise calories that will just go on top of the step calories.
June 30, 2020 5:00AM
1