Strength training and 1700 calories a day! 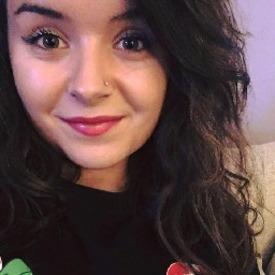 helenpayne92 Member Posts: 6 Member Member Posts: 6 Member
in Goal: Maintaining Weight
I started properly strength training about a year ago after eating at 1200 calories a day with no exercise and realising I wanted to be strong, fit and healthy.
I was progressing well up until the UK went into lockdown in March this year and the gyms closed.
The day the gym reopened I was back at it. My OH is a personal trainer and has given me a plan to follow consisting of working out 6 days per week on a workout split of push, pull, legs, repeat and a day off on Sunday. I have upped my calories slowly to 1700 per day, I’m eating 1lb of protein per pound of bodyweight, I get 8 hours sleep per night, I have gradually lowered my carb intake to around 100g per day, I have added cardio to the beginning and end of my strength workouts (5 mins running before and slowly adding more after as I get fitter but currently on about 10 mins), I have recently started taking a CLA supplement, added more healthy fats, I drink a ton of water and eat a very clean diet with no processed foods, I eat all my veggies.

I have seen some amazing strength gains since July and feel so amazing working out. I also feel so much healthier since adding more calories and giving my body what it needs.

My question is, how long will it take for me to start seeing fat loss? I can see the muscle definition in my arms and back especially, but my clothes are not fitting any differently and I look the same in progress photos. The scale is not moving and hasn’t done for 2 months (which I was not expecting it to). Does all of the above sound like in doing everything right?

I understand these things take time and I’m loving the process and enjoying getting stronger and hitting my PBs. Just wondered why it seems to take me longer than everyone else! Thanks
September 22, 2020 1:20PM
0