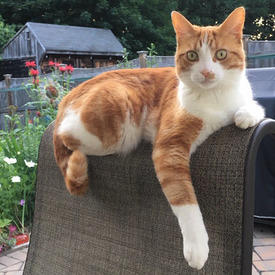 kshama2001 Member Posts: 23,146 Member Member Posts: 23,146 Member
in General Health, Fitness and Diet
I've had pain on the inside of my elbow (golfer's elbow) for coming up on two years now. My PT gave me exercises, which don't help, and two cold laser therapy treatments, which helped amazingly. Unfortunately, they currently do not have slots for anyone other than post-surgery patients and no prediction for when this will change.

I've stopped weight lifting, except for the exercises my PT gave me, which are with extremely low weights, so not really lifting actually.

I'm looking for recommendations for a cold laser therapy device I can use at home. Amazon has too many options for me to make the decision without help.