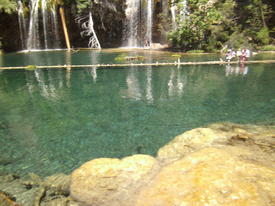 swimmchick87 Member Posts: 434 Member Member Posts: 434 Member
in Fitness and Exercise
Does anyone else notice this? On days where I actually take longer, intentional exercise walks, fitbit gives me a WAY lower calorie burn than on the days where I just naturally get a lot of steps throughout my day, without doing any intentional walking for exercise.

I was working from home for a long time and if I didn't do any intentional walks, my steps could have easily been super low, like 1500 per day. I got to my 10,000 daily religiously, and almost all of that had to come from intentional walking. I also did more walking toward the evening hours as that's when I had time to do it. Based on the calorie burn fitbit gave me and the MFP adjustment, I'd often end up with about 100-150 added exercise calories per day.

This week I finally switched back to working in person. I get about 7500 steps just going about my day at work, and most days I haven't had to do any intentional walking to get up to 10K. I'm also getting many steps way earlier in the day than I did working from home. Fitbit is now saying my daily calorie burn is way higher, and I'm getting a 400-500 calorie adjustment from MFP.

I'm certainly not going to eat all that extra, but I'm just curious. Is this some sort of "glitch" or is there actual reasoning/research behind burning more calories walking throughout the day vs. taking an intentional walk? If anything, I would have assumed it would be the opposite- taking a long/intentional walk would burn more than just walking as you go about your day. Or is there something behind getting the steps earlier in the day vs. the evening?
January 14, 2021 4:58AM
0