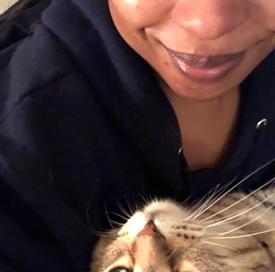 I am moving in a few weeks into a much bigger place, which means that I am able to build a home gym for myself in the carpeted basement. I'd like to either get a squat or half rack, bench, barbell and plates to start with. I am on the hunt for good quality and relatively affordable items. I've been looking at Grind Fitness, Proform, Fray Fitness, Powertech, and Fringe Sport. I'm a beginner so I don't need anything super duper fancy, but something I can do the fundamentals, bench press, squats, hip thrust, deadlifts, etc., with. Does anyone have any suggestions? Any help would be much appreciated. My budget is about $1200 - $1600, I know that isn't a lot to work with but it's what I can comfortably manage.

Someone in a FB group recommended this: https://amazon.com/dp/B081S9FC5X/ref=cm_sw_r_as_gl_api_glt_fabc_NGQHXQHV1SA2PKRRSVZ5?linkCode=ml1&tag=sabrinaseymor-20&fbclid=IwAR3SAS1eqR8VwQkxC89hefyErzuaAUys8LHACZhbF9XiKJCHvfCLcTHZAb8 via Amazon, which is nice and cheap. I've heard good things about Sunny's spin bike, but this is the first I'm hearing about a rack from them.

My main concern is obviously safety, but price is also a concern as well.