Help: How to Override Situations That Make You Binge 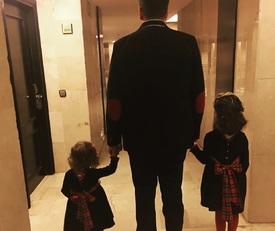 Lastchancetochange Posts: 146 Member
April 2021 in Motivation and Support
Hi team, in my struggle for weight loss and health I feel I'm overall now winning the battle, losing weight and improving my fitness.. There is still one mental process I have difficulty with.
This easter holidays I spend them with the inlaws. They've never made any sport or cared about it, and really they don't much. For Breakfast one of them has a sandwich and a beer and then nothing more for the morning, just hang out in a beach apartment and then binge lunch with plenty of carbs and alcohol and dessert.
So in this situation I end up following up with their plan ( I skip the beer in the morning ) but then lunch it's binge for more than 3 days. Then I feel like crap and don't workout as there is nothing much to where they are.
The amazing situation is that my parents are also the same style. Zero sport and only activity is eating binging. As you can imagine the 4 of them are very overweight with multiple derived sicknesses.
So when I see either of them I kind of blend into the "ambiance" and binge and I feel like an idiot after. Also I look at them and I don't see the example on which to reflect. I love the 4 of them, they are good people but simply live a different life to the one I'm trying to move to.
It's my fault I know, I'm 43 not 12 but I do struggle severely in these circumstances.
Any advice on how to overcome these family obligations ? In the case of the party friends I have basically stopped meeting them and that works.