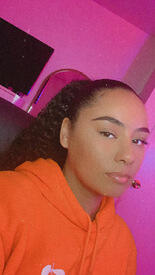 mrsodessa Member Posts: 12 Member Member Posts: 12 Member
in General Health, Fitness and Diet
I'm grossly under eating and I didn't realize it and I'm really not sure what I should expect as I correct this issue. Should I gradually add back in calories or jump straight into eating what I should? Im not sure if adding them ALL back in at once is possible as my appetite is small and Im also scared I will see a weight increase. I'm having a little anxiety over this but I know I cant continue to under eat...a little backstory may shed light.

I have been on this journey for almost 2 years (since Sept 2019) and have yet to reach my goal of 140lbs. I started at 175lbs. I never logged my food and when I first started I didn't have an apple watch to keep track of calories burned. So I was basically blind to what I was doing. I kind of didn't understand how a calorie deficit worked in corporation with exercise but now Im realizing Ive been doing things way wrong.

I work out M-F. I leave to walk to the gym (1.8 miles up hill) at 4:30am and arrive at 5am when it opens. I work out from 5-6:30am (weights & cardio) and do the same walk back home. By the time I reach home I have burned 900/1000 calories and by the end of the day my movement ring shows around 1300-1500 calories burned an my total for the day is around 3000-3500 burned. The amount of calories I would consume in a day was somewhere between 1200-1600. I would keep track of those by reading labels. I assumed I would have to eat under a deficit AND workout to lose before i had the watch I didn't even consider what I was burning exercising.

When I finally decided to log my food in the MFP app last week for the first time it told me I had 1700 calories remaining. I realize Im grossly under eating considering I could not exercise at all and with the way I eat id still be in a deficit.The workouts are actually overkill

when I first started at 175lbs in sept 2019 by the end of nov I was down to 155lbs. I got stuck and assumed I was in a plateau. I tried keto and got down to 152lbs but I could never get any lower than that. Every time I got my period I would gain 5-6lbs then spend the month losing that same weight. In march 2020 the gyms closed because of covid. I hate home workouts and I fell off my consistent routine. I walked when I could ate the best I could during the week and kept the weight off. The gym opened back in Oct and closed again in Nov not much changed with my weight then even tho I was going and sticking to my routine. The beginning of 2021 I was still the same weight but feb came and by march I magically went from 158 to 172. Luckily the gym opened back up March 15th and since then I have been in the gym or working out. I took a 2 week break from the gym while I was in LA and did 30min HIIT workouts 3-4 days a week. I ate out almost everyday I was there but I kept my weight steady. When I returned home I took a whole week off from anything but light walking.


Since March I have went from 171 down to 160 (11lbs) right now I seem to be hitting that wall and 160 is that number I thought after this past week I would be back in the 150s but Im actually fluctuating between 160-163. I realize after deciding to log my food last week (I didnt log over the weekend) that I am under eating and this is probably why I have struggled to lose the weight. I dont have any health issues that I know of that would prevent me from dropping weight. I know I clearly need to eat more but Id like to go about it in a way that doesnt totally undo my progress. Ive had such a hard time with this.
May 31, 2021 7:21PM
2
«123»