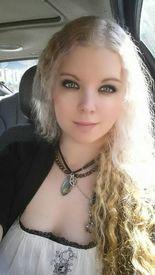 Kaolru Member Posts: 29 Member Member Posts: 29 Member
in Fitness and Exercise
So a while ago I decided to do a Couch to 5k program. I'm about 137lbs and 5' 2". I hate jogging/running, but I wanted to start. I was following the program and starting off slow and doing really well. I lost about ten pounds over the summer, but while jogging my left knee started to hurt. I tried to jog through it, but over the course of a few minutes the pain got to the point where I had to stop. It was on the outside of my knee and radiated down the outside of my shin. I decided to just walk for a bit and it was fine, tried jogging again and it came right back. I haven't been able to jog since.

Now, more than a year later, I still can't jog and I can't "hike" either. Anytime I'm walking in the woods if I go more than a mile or so my knee will start to do the same thing. I think it's because of the varied terrain. It's a dull ache that will randomly explode into a jolt of sharp pain, usually when I'm lifting that leg, not when I put it down.

I don't know what is wrong and I don't have the money to see a physical therapist, and the primary care doctors are fairly useless around here.

So I'm trying to look for something I can do that won't aggravate that knee. Before I stopped jogging I had gone down to 125lbs, and I'd like to be able to do that again. I do count calories and such, but without exercise I really struggle with it since my limit is 1200 calories per day.