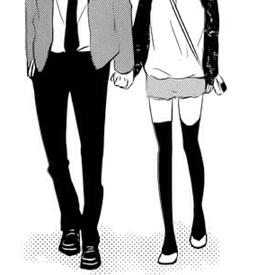 sleepyraccoon Posts: 8 Member
April 2014 in Success Stories
So I just recently found out about this "3 Day Military Diet" and searched up as much as I could for some success stories. Almost every woman I saw talking about it said they didn't really reach the -10 pound mark, but lost about 4-8 pounds. Although when a friend of mine told me about her experience (she was well over 200 pounds and was only five feet tall) she said she had lost nearly 12 pounds. When I looked at the meal plan, I almost kind of found it hard to believe it was a diet. The ice cream threw me off, but I guess it was a considerable amount. Not too much, not too little. The portions seemed off to me too and on average, some of the calories barely added up to a thousand calories. My friend (the same one) said she had the worst side effects ever thag included headaches, vomitting, and dizziness and she also went back to her normal eating habits and gained double the weight back. A lot of ladies on YouTube pretty much said the same thing. Only a few said that they kept the weight off by doing the diet, and had four days off, but ate in moderation.

One woman said something that caught my attention though. She had onlg just got through with one cycle of the diet, but she was talking about ACTUALLY losing 40 pounds with four cycles of the diet (3 days on, four days off). So every week she had planned on doing this diet. From my research, I found that most of the weight that had been lost had been water weight and not actual fat, unless exercise was involved, but that could just be a pound. So I just really wanted to know, are there any actual success stories of losing all this weight from just four cycles of this diet? Even if the person just lost five pounds ever cycle, I still think 20 pounds might overdo weightloss for just one month since the diet itself doesn't look very safe for me at least.

So back to my main question, have there actually been success stories from this or is it more of a myth that people just thought would happen?
0