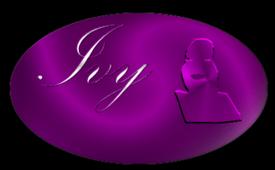 ivykivy Posts: 2,970 Member
October 2009 in Food and Nutrition
Great news! You can cheat on your diet without suffering the consequences, if you know how.
By Shelley Levitt, Women's Health

If living with your parents taught you anything, it's that the more rules there are, the more you want to break them. And losing weight can seem like nothing but rules. Fortunately, rebellion has its advantages: Disregarding strict food guidelines could be the secret to a successful slim-down. A study published in the International Journal of Obesity found that people with a flexible approach to eating—one that allows for sweets and other perceived slip-ups-had a better record of maintaining [te with produce, a quarter with carbs, and the other quarter with lean protein.

Who breaks it: Christine Avanti, clinical sports nutritionist and author of Skinny Chicks Don't Eat Salads. She was raised on homemade "white" pasta by her Italian immigrant grandparents.

Why you can, too: Carb lovers have long been warned against highly processed products because they're believed to cause a blood sugar spike. But research published in the Journal of the American Dietetic Association found that people on high-carb diets were slimmer than their pastaphobic counterparts even when they threw "bad" carbs like white bread into the mix of fiber-rich whole grains.

Do it right: Follow the U. S. Department of Agriculture recommendation of six ounces of carbs each day, and make sure at least half come from whole grains. Then measure out a serving of refined carbs, such as a cup of cooked white pasta, and dig in guilt-free. If a single cup isn't gonna do it for you, pair your pasta with filling protein, like a meaty red sauce made with extra-lean ground turkey.

Who breaks it: Ann G. Kulze, M.D., author of Dr. Ann's 10-Step Diet: A Simple Plan for Permanent Weight Loss and Lifelong Vitality. She sits down to dinner every night at 9 p.m. or later.

Why you can, too: "A calorie consumed at 9 p.m. isn't handled any differently by your body than one consumed at 9 a.m.," Kulze says. It's less about when you eat than how much you eat. A study published in the European Journal of Clinical Nutrition found that obese women were more likely than svelte women to eat meals late at night, but they were also more likely to eat more, period. And a study by the USDA showed that your metabolism hums along at the same rate no matter how you time your meals. And delaying dinner does have one undisputed advantage: It helps eliminate late-night snacking, one of the worst diet busters.

Do it right: One reason you're likely to stuff yourself late at night is that you're ravenous from not having eaten since lunchtime. A healthy snack in the late afternoon (around four if you're planning to eat at nine) can help you avoid this pitfall. Studies have found that the fat in nuts is particularly satisfying, so grab a 100-calorie pack of almonds when you're on the go. When you finally find the time for dinner, actually sit at a table, and nix the distractions. Scarfing a meal in the car or in front of the TV means you usually aren't paying attention to what—or how much—you're eating.

Who breaks it: Judith S. Stern, Sc.D., a professor of nutrition and internal medicine at the University of California, Davis. She has a "few bites of something decadent" when she dines out.

Why you can, too: We all discover a little more room beneath our waistbands when the dessert tray rolls by. Studies show that when you're offered a variety of foods, you never achieve what's known as taste-specific satiety; your appetite is stimulated anew as each novel flavor is introduced. Outsmart your taste buds by planning ahead. Stern's trick: She looks at the dessert menu along with the main menu, and if she decides to end the meal with, say, a dark-chocolate tart, she'll always choose a salad dressed in a little olive oil and vinegar to start and then have an appetizer as her entree.

Do it right: Desserts are unsurprisingly high in calories, and chain restaurants tend to serve enormous portions—an Applebee's chocolate chip cookie sundae has 1,620 calories and 73 grams of saturated fat! Order off the kid's menu or get something to share. Also consider sorbets and chocolate-dipped fruit, which satisfy a sweet tooth for fewer calories. Dining at home? Try the chocolate raspberry parfait Avanti prepares: Top a half cup of fat-free ricotta cheese with a teaspoon of cocoa powder and a quarter cup of fresh or frozen raspberries. "This snack offers just enough sweetness to calm a sugar craving," she says, "and it's packed with filling protein."
0