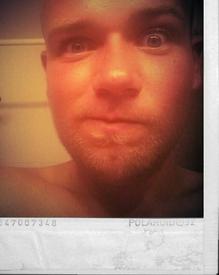 staubng Posts: 39 Member
August 2012 in Success Stories
My name is Neil. Here's a quick rundown of my last few years.

Arriving in Phoenix, I weighed 267 lbs. As a phone salesman for Quicken Loans, I worked long, sedentary hours. I regained weight, stopping at 300 lbs. In 4 months, I'd regained 33lbs. Still 50 pounds less than a year and half earlier, I wrangled my upward trend and stabilized my diet.

I lost my job in January 2011, so I became a full time professional musician. After a year and a quarter, I was ready to take my honed skill to a place where I could play outside year round.

I moved to Hawaii May 5 of 2012. I started at 307lbs when I landed. I needed a roof, so I painted my friend's soon-to-be house and did laminate wood flooring. The hours were between 8-10 hrs per day, sometimes longer, for a month. My longest day was the day before his move in. I was doing finishing touches for 17 hours straight. I dropped to 295, give or take a pound or two. When that job concluded, I resumed my walking regimen. My brother moved out to Hawaii in June, where we took the walking in a cooperative, yet competitive fashion. As I type this, I'm about one pound shy of when I landed in Phoenix, at 267.6 lbs. One more pound and I'll have lost 40lbs from May 2012 - August 2012. I've just fallen in the last few weeks out of Morbid Obesity into Obesity. I've got 58 lbs to go to just be deemed over weight, and from there I'll reassess if I want to hone my body to become fully fit. At this stage, I'd be fine plateauing below 200, but I may get more zealous later on. I haven't been below 200lbs since I was 14 years old.

Here is a quick before and after. As I approach my goal weight, I'll post more of the "Along the way" photos.