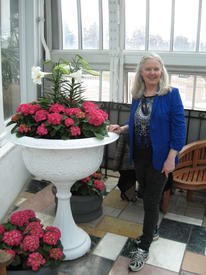 margaretturk Posts: 4,565 Member
August 2013 in Fitness and Exercise
On Dr. Oz today he said you can burn 50 calories for every 15 minutes of laughing. I added this to my exercise list if nothing else to remind me the importance of laughing.:laugh:
May you laugh often and well.
0
«12»