Turning Back The Clock...More Than 50 Years. 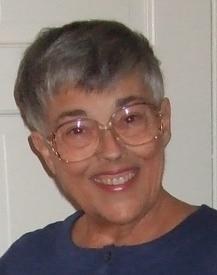 In June of 1962, I graduated from Hilltop High School at age 17 and weighed a 'not so healthy' 185 pounds. I had always been the chubby girl. I had gone from 97 pounds in the 6th grade to 155 pounds in the 7th grade, by spending all my babysitting money on candy. I ate candy all day long. I filled my purse in the morning at a store on the way to school and refilled my purse at the same store on the way home.

I was a secretive eater; so, my skinny mom never could understand my sudden burst of pubescent weight. She thought that I was either hormonal weight gain, or I was just showing my dad's family tendency to be heavy. 12 to 24 chocolate bars per day have nothing to do with puberty or genetics. I was an candy addict.

In 1964, I decided to lose weight to join the Navy. The goal was 135 or less; and I had never dieted in my life. So, I made a plan which had nothing to do with calorie counting or doctors. For a year and a half, I lived on radishes, watermelon and diet sodas. That's right...nothing else.

On the day that I was sworn into the Navy, I weighed 134 pounds and was dangerously ill. I fainted in the galley, when I smelled real food for the first time in months. When I woke up, I was in the hospital; and the doctor asked, if I was pregnant. "No!" Then, he found out that I had only eaten a handful of radishes each day for the past month, in my desperation to meet the requirements to join the Navy. He authorized me to gain 5 pounds over the Navy maximum weight for my height.

My diet ended that day; and I promptly gained 10 pounds in the first week in boot camp, putting me officially on the 'pudgy platoon'. In fact, I just kept gaining weight, during my time in the Navy. When I was honorably discharged in 1966, I weighed 165 pounds.

I was pregnant in 1966 at the time of my discharge and spent the next months gaining "baby weight" to a new high of 215 pounds. I thought that the weight would disappear with the birth of my son. No such luck. :grumble:

I attempted numerous diets over the next years (Weight Watchers, Adkins, Mayo Clinic, ADYS candy and other strange creations of my own...like my one orange, Slender and diet soda per day. None of these works for more than just a few weeks and a few pounds, only to lead to another higher weight. I just kept getting fatter, until I reached a high of 284 pounds at the age of 35.

1979 was the year that I joined Overeater Anonymous and actually lost 99 pounds. I looked great at 175 pounds, but I had a personal crisis that lead me to a terrible binge which never ended. I was back in the high 200's within a year. That's when I decided to never diet again. I made up my mind to just become a happy, chubby grandma...even though I was still in my 30's. I couldn't wait to get old, so that my fat body would be more acceptable to the world.

Health problems (swelling legs and ankles, infections in my ankles, pre-diabetic blood sugar levels, episodes of phlebitis and osteoarthritis in both my knees) had left me in a wheelchair with the threat of heart attack and/or stroke, even the loss of one foot. In 2012, a Kaiser surgeon offered me new knees and life without a wheelchair, "if you can just lose 70 pounds." That seemed like an impossible task that he put before me.

I did lose that 70 pounds and so many more pounds; but I could not have done it without the help of MFP and my beloved MFP Sisters and Brothers, who encourage me every day.

I have lost about 118 pounds so far, but I'm not done. MFP has helped me to turn back the clock to weight that I was in my youth. It has also given me new knees and reduced and even remove some of those health threats that loomed over me just 2 years ago.

I am so grateful for MFP and all the great people who make up this wonderful site.