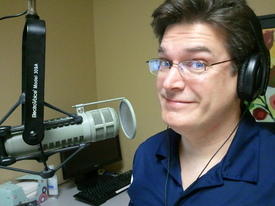 I've always been a movie fan, particularly old monster/sci-fi/detective movies. I'm talking movies from the 1930's - early 1970's. If you like classic monster movies, you understand. If not, well, here's a list of some great classic movies for this time of year:

There are so many I could recommend! I have thousands of movies in my DVD collection. My family and I even made several (very) low-budget movies when my kids were little! With titles like 'Frankenswine', 'Space Aliens from Outer Space', 'The Mummy In the Maze', 'Charlie Chan in Transylvania' and 'Evel Knievel on Skull Island: The Rescue of Ann Darrow', how could you go wrong?!?