I beat the caffeine addicition! 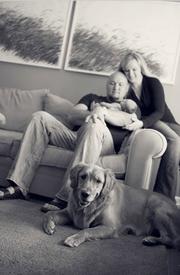 rethun01 Posts: 168Member Posts: 168Member
in Success Stories
Its amazing to say, but I have finally beat my addiction to caffeine. I started drinking coffee when I was 11 years old. That summer my mom (a teacher and TOTAL coffee addict) broke her ankle. Every morning I would help her get up and dressed and out to the kitchen table, and then would make her a pot of coffee. It didn't take long before I started serving a cup to myself as well. (BTW... the old wive's tale about stunting your growth? Totally wrong. I was 5'9" by the time I was 13. If that stunted my growth, then I'm THANKFUL!)

During junior high and high school was when Starbucks and other coffee franchises exploded and moved out of just being in the major cities to the smaller ones too... and so just around the corner from my house (and conveniently on the way to school) was a Starbucks. Before I could even drive the morning barista knew what my coffee order was.

Going off to college in a rural town in West Virginia, I thought, was going to help me kick the habit. Actually, it got worse. I started going to the GAS STATION to get that awful French Vanilla Capuccino crap that comes out of the machine. I thought I was making a smart decision because it said "Fat Free". ha ha ha

When I began my first corporate job out of college was when things truly hit the fan. I had moved back to Chicagoland area, and was a bit depressed. From that depression I was battling being sleepy all the time at work. When I first met my husband 4 years ago I was drinking a minimum of 60 ounces of coffee a day just to keep myself awake at work.

Eventually I went to work for myself, and I'm hear in an office all by myself... where I can make as much coffee as I want. Or when I'm upset I can walk one block in either direction to a coffee shop.

In the midst of all this coffee was the fact that I was drinking diet coke for lunch and dinner as well. Since the time I was a kid.

So why did I quit?

10 years ago I was on a backbacking trip and drank some bad water. I got a bacteria in my stomach that was eventually cleared up with medicine. But my doctor told me at that time that I'd probably have trigger foods for the rest of my life that would make the digestive process extremely uncomfortable. The odd side effect of it all was that these trigger foods will change. For example, I was unable to keep down red meat for about 3 years. Now I could eat steak every day if I wanted and be just fine.

A few months ago my trigger foods were obviously shifting again. I found I was having major issues in the morning. After many trials, I finally told my husband, "I think it might be the coffee". I could tell he was excited and scared at the same time for the prospect of me kicking the coffee habit. I decided if I was going to do it, I was going all the way and kicking caffeine completely.

Now, I used to watch celebrity rehab on VH1 and I swear I looked like someone coming off of some kind of heorine addiction. I had a pounding headache, felt like I was going to throw up, had the shakes, and broke out into cold sweats for about a week. After a week things slowly subsided. And here I am today. I haven't had any caffenated beverages since June 1st.

I totally still crave coffee on sleepy mornings. Or on a day like today, where in Northern Illinois it is a fantastic crisp cool fall day and all I want is a Pumpkin Spice Latte from Starbucks. And when I eat a piece of pizza I CRAVE a pop. But I've restrained and I feel so much better. I found that those beverages made me feel so bloated after every meal. Now drinking water with every meal, I feel like everything washes cleanly through me. I've had almost no stomach issues (except when I decide to get absolutely wasted drunk and then proceed to eat the biggest nastiest bag of McDonalds or Taco Bell, which is a bad decision that has nothing to do with caffeine)! My husband even commented on how my teeth are looking whiter.

I know that caffeine addicition is something so many people battle and that it is something that hinders alot of weight loss. And even if you're saying "I drink my coffee black, so its not alot of calories" or "I drink Diet pop which has no calories"... I'm telling you. It makes a difference. I'm sure there is some scientific study that will back me up on that, but let me say from experience that you will just FEEL better. And its so worth it.