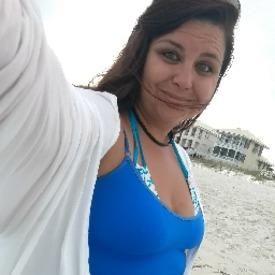 THIS HAS BEEN UPDATED!
Police are looking for the gunman who broke into a south Fulton County home impersonating a police officer and opening fire.

One man was killed.

Hours after 24-year-old Josh Scott was shot and killed at a forest down circle home the investigation into why -- continues.

"They kicked the door in, fired several shots. We have a report that they may have called out police, police when they came in," said Scott McBride of the Fulton County Police Department.

A friend was apparently on the phone with the victim while the crime took place. He heard the pounding, the gunshots and then the phone go dead.

Police said two men were inside the home when the gunmen broke in. Josh Scott was shot in the chest and died a short time later at Grady Hospital.

The other person was in the basement when the gunshots rang out and wasn't hit.

Police are interviewing him and trying to track down the suspects who pretended to be police themselves.

"When we go in we have to break in doors. We go with marked patrol units. We have uniformed officers. It's very easy to tell it's a police officer," said McBride.

Officers are going through everything at the home trying to identify who the gunmen are and why the victim was a target.

Police said they don't have a good description of the suspects they're looking for.


And here is a VIDEO from the news reporters this morning....
http://www.myfoxatlanta.com/myfox/My...1&locale=EN-US


Please Pray for the family and friends of Josh. He and my husband were cousins through marriage but also old baseball buddies. I knew him since he started Kin.-through school and had a few classes with him. Josh knew alot of people, and alot of people are very upset he is gone now. I cant belive this. I cant belive someone shot and killed him. He was 24yo, he hadnt settled down yet in his life, he wasnt married and thankfully dont have no kids to leave behind..Even though he deserved the chance to have some! Who ever killed Josh tuesday morning is so gonna pay. They better hope the cops find them before a friend of josh's does or their gonna lose their life too!
This is such a messed up situation and I just pray he may RIP now.