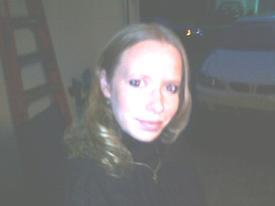 
I just got this email this morning from my neighbor. Her fiance is a reporter for WYFF4. He sent this to her earlier. Just wanted to pass it on. If you get any gift cards for Christmas (especially from these stores) USE THEM IMMEDIATELY. If a store goes bankrupt and then goes into liquidation, they are not required to redeem gift cards. Just FYI...

I wanted to give everyone a heads up that if you tend to give gift cards around the holidays; you need to be careful that the cards will be honored after the holidays. Stores that are planning to close after Christmas, but before Jan. 1st.

cards will be worthless January 1. There is no law preventing them from

doing this. On the contrary, it is referred to as "Bankruptcy Planning."

Below is a partial list of stores that you need to be cautious about.

-Eddie Bauer to close stores 27 stores and more after January

-Cache will close all stores

-Footlocker closing 140 sto res mo re to close after January

-Zales closing down 82 stores and 105 after January

-Disney closing 98 stores and will close more after January.

-Macys to close 9 stores after January

-Linens and Things closing all stores

-JC Penney closing a number of stores after January

-Wilson Leather closing down all stores

-Sharper Image closing down all stores

-Lowe's to close down some stores

-Dillard's to close some stores

Working in the transportation industry I hear about alot of this stuff too. Because with stores closing, we have less freight to haul. This is true....I know about a lot of them already........So just an FYI people :smooched: :flowerforyou:
November 20, 2008 4:21PM
0