Is it REALLY possible for people to be naturally thin and never gain weight? 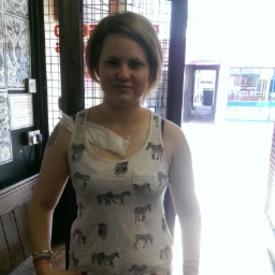 gabrielleelliott90 Posts: 854 Member
October 2014 in Food and Nutrition
Right, I used to be quite thin, but then my diet crept up with me, I gained it. Luckily, now I am at a healthy weight range. I never dreamt of that happening to me, but it's all fine now I'm thin again. I have a friend who is literally skin and bone, naturally. Her mum is quite thin also. I think she does eat, but she is so thin. I'm pretty sure it runs in her family. However is it possible to have a body that never gains weight no matter what it consumes? I know some people can eat heaps of pizza etc and never gain any fat, have a really good body. Do you really believe they can always stay like this? is it possible to have a body like this forever?
0
«123»