How to get the correct calorie deficit 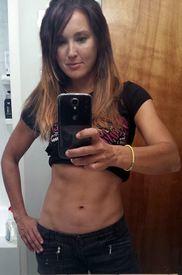 RiseHigher Posts: 64 Member
June 2015 in Getting Started
Hi! I have seen reference to MyFitnessPal not giving a high enough deficit to people who are small etc but I'm wondering if there is any way to correct this?

If I do not exercise, MyFitnessPal sets my calorie goal at 1200 calories a day. That is still not a rate of 1.5 lbs lost per week, but I get the reasoning there.

However, considering my running, I WOULD be able to have a deficit of 750 calories a day easily, but all MyFitnessPal does is add my exercise calories to the 1200, which STILL then does not give me 1.5 lbs of loss per week.