How to motivate others 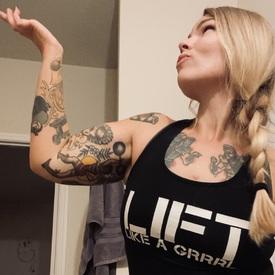 Meganthedogmom Posts: 1,641 Member
January 2016 in Motivation and Support
Has anyone had any good experience motivating others to lose weight/improve their health?

Typically, I am not at all the type of person to push others to lose weight. To me that is a personal decision. However, I am becoming increasingly concerned about both of my parents' health, and I am trying to figure out what I can say or do to help them. It's a true concern. They're both in their mid 60's and both obese. I would say they are each at least 300lb now. They've been big my whole life, but now probably bigger than ever.

The reason this is bothering me so much now is that I can clearly see the affects it's having on their health. Over the holidays they stayed with me, and granted I know it's not uncommon for people to overeat on the holidays, but it seemed like my dad was eating non-stop. To make things worse, he's been out of a job for several months now, and when he finally did find a temp job doing filing work, he had to quit a couple days later because the job was "too physical" for him (standing and filing for most of the day). He also needs a few naps throughout the day as he does not sleep well at night.
At one point I suggested we all go for a short walk, and said, "ready to go, dad?" He said he would later. Which he didn't.
My mom did go for a walk with us. However, she quickly fell behind, had to stop many times for long periods, and at one point was bent over trying to catch her breath (she's asthmatic as well). My uncle who is the same age was keeping pace just fine. It was a very slow, short walk.

My mom expresses to me that she wants help losing weight, but when she fails she blames it on my dad because, for instance, if she has a weak moment and says "I want pizza", he will agree and then they get pizza. I try to explain to her that no one is going to make her lose weight and it's about her own self-discipline, but it's hard to get through to her. She also likes to use the excuse that it's harder for her to lose weight because she's older.

The other thing that concerns me is that my dad is diabetic. At one point he got healthy enough that the doctors told him he was no longer diabetic! Now it's back in full-force and he even said he doesn't have good feeling in his feet anymore. This is the kind of stuff that brings me to tears. How do I stop them from killing themselves? When is enough, enough?

When I've talked to them about it, they seem responsive and say they want to do something about it, but nothing ever happens. My advice is not being taken. I just don't know what to do.

Sorry for this very long-winded post. I just want to know what could possibly help. If anyone else has positive experience motivating someone else to get healthy, please share!
0