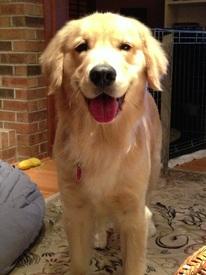 The point of this statement (I think), along with the "you can outrun a bad diet" is to emphasize that a calorie deficit is the only real way to lose weight, and that exercise only, without controlling food intake, is likely to be unsuccessful. I have seen some people write that exercise is really only useful in order to be able to eat more food (and for fitness).

The reference I saw today--

suggested that, while an energy deficit is still necessary for weight loss, it might be better to create that deficit via a combination of increased food intake AND increased exercise, rather than just through diet alone. This was referred to as "high energy flux".

At first glance, this might seem to violate the laws of CICO, but it doesn't really. The authors suggest that the improved loss seen by the "high energy flux" plan actually increases BMR, which then increases actual TDEE--basically you are getting the extra boost from exercise (and maybe even the thermic effect of food).

As always, this is just one study, and I am taking this solely from the abstract. I suspect if one reads the whole thing there are a ton of caveats and methodology concerns, because these are not easy to do. So, as always, one study should not be seen as a criticism of anyone's current plan.

What I do think it does, however, is put a notch on the board slightly in favor of the "diet and exercise" approach vs the "diet only" approach, and maybe give some motivation to those of you out there working out and working hard that your approach may be giving you more than just "fitness"benefits.
May 15, 2016 1:53AM edited May 2016
17
«12345»