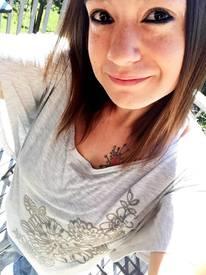 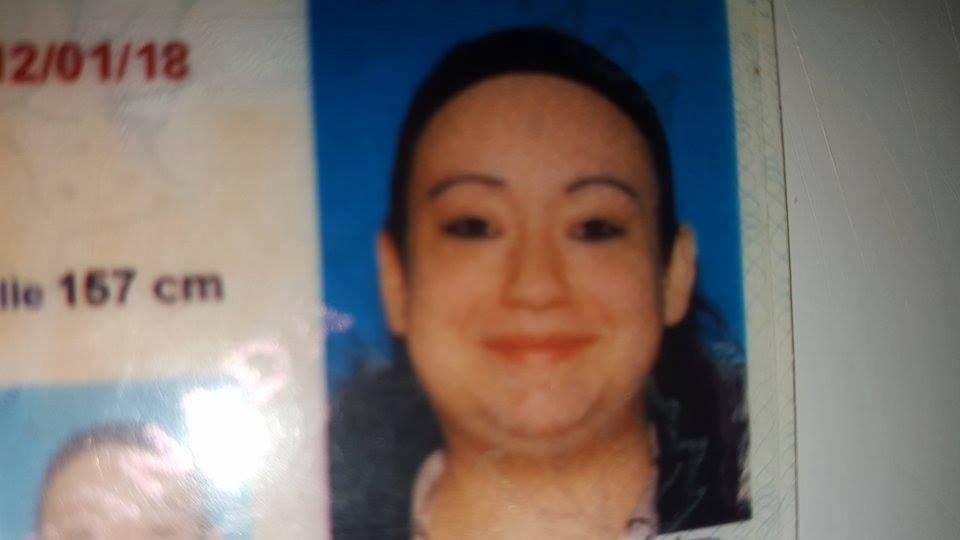 I had been morbidly obese my whole life, I remember even by age 9 the doctor telling my mother i was over weight and needed to lose. Of course she didn't listen and i was obese even into my teens and into my 20's. I got diagnosed with diabetes by 14 but it was supposed to just be controlled by diet. I ran away from home at 17 years old and lived with a horrible group of friends. I was sexually abused by my friends fiance and became very depressed and in the 10 months i was living with them i had ballooned up to 300 pounds. When they kicked me out i was left to live in homeless shelters and was more active due to walking here there and everywhere for the next meal or place to sleep so i had dropped to 216lbs which was actually the smallest i had been in some time.

I moved back home when i was 20 years old. My active lifestyle died and i basically sat in front of the computer and drank a lot of pepsi and ate a lot of food. Chicken wings, big macs, donairs, KFC, Pizza, if it was high calorie i ate it.

One day i woke up and these two small dots were on my leg. I thought maybe i was bit by a spider, i ignored it for some time until they started growing and growing By the time it was the size of a golf ball a second one appeared on the back of my other leg, also starting off as a small dot. This one grew to the size of a quarter. Doctors didn't really seem to know what was going on. By the time the 3rd one appeared we had finally realized they were diabetic ulcers and my blood sugars were off the charts. Sitting in the high 30's it was amazing i was not in a coma.

I was put on metformin.
But they didn't really stand much of a chance.

Over the years and especially into my adulthood since i now lived on my own and had complete control over the food i bought and consumed i had gradually become a binge eater and as the years went on i was eating roughly 5000 to 6000 calories a day, spending 300-400 dollars every 2 weeks on food, and just barely making it paycheck to paycheck, sometimes i would have to borrow money from my father for more food because i was eating so much i couldn't keep up with myself.

I was also spending tons of money on take out.
I was eating things that most times i would never admit to people i was eating
Eating 2-3 extra large donairs
2 XL meat lovers pizza's
2-3 Bacon cheeseburgers
2 Double big mac meals with super sized fries and drinks
2 double meat footlong subs from subway
48-50 Chicken wings
32 BBQ sized hotdogs with the buns
Whole bags of chocolate covered almonds
Whole chocolate cream pies
Whole boxes of spaghetti with 6-7 slices of bread and butter and a whole package of ground beef mixed in
30-40 chicken nuggets dipped in honey

I would eat these things on top of also eating what was on the menu at my job and eating the leftover desserts or any cookies, Etc that were under the counter.

I ballooned back up to 250 pounds, had a gullbladder attack and was sent to the hospital to have it surgically removed.
I was off work for a month and in that time i was then put on insulin. Both a slow and fast acting insulin. I took that as a sign that it was now okay for me to eat 5-6 cookies after every meal i ate and i gained another 30 pounds in a very short time.

Some co workers and i did a biggest loser competition, however i was the only one to stick with it, i lost 45 pounds and dropped to 235 pounds. I fell off the wagon however and went right back to my usual binge eating habbits. I gained back to 252 pounds.

By this point my health was declining, because not only was i eating horribly, i was also eating so much i could not keep up with my insulin so instead of eating less and better for me, i gave up buying the insulin and continued to eat the way i was and drink 2-3L of diet pop every day, the caffeine kept me up for 24 hours sometimes and i would work 12 hour shifts on no sleep, i would go into work, buy more pop, hit the candy machine for 3-4 chocolate bars and consume that for breakfast. After a few months i felt so sick, i was desperate, i saw my usual doctor but all she wanted me to do was start taking my insulin again.

I went to another doctor and again, got the same reaction, to start taking my insulin again.

I begged these doctors to help me another way, because deep down i knew it was my binge eating that was the chain link keeping everything in a loop. If i could just stop binge eating i would lose weight and with the weight loss my sugars would then improve. But they would not listen to me. My ulcers were still huge, sometimes they would get infected and i could hardly walk, they hurt so much.

One day my friend called me and told me she was in to her own doctor and she said she had told him about me and asked him to take me on as a patient. He agreed and i got my first chance to see him. After a couple of appointed of going to an endocrinologist, etc he suggested hypnosis. We sent off a referral to a doctor in the city who did it and within 2 weeks i went in for my first appointment to be hypnotized.

The hypnosis was very strict.

No cake, candy, cookies, chocolate, sweets of any kind.
No cream sauces, no high fat meats like ground beef or hotdogs or sausage, bologna, Etc
No pasta, potatoes or Rice
No white or dense breads, no tortilla chips or pita breads
No butter

I am already a pretty picky eater so this was pretty much my whole diet taken away
I was basically left with lean meats, and the 5-6 veggies i liked to eat, eggs and dark brown breads
So i had toast and eggs with some cheese and guacamole at breakfast, i made soup using the veg and meats i could have and then i would have a home cooked style meal using those same veggies at supper time.

After 60 days of following this i had lost about 20 pounds because i was basically eating a 1200 calorie diet.
But i was starting to get tired of the same things every single day.
I called him for advice but he wasn't entirely helpful. After getting very frustrated with him i decided to try and break away from the hypnosis. I felt very stressed out though and basically ended up having to take some time off work, about 3 months off because i just wasn't me. I was stressed out, angry, bitter and confused.

Taking the time off allowed me to focus on just me and my diet and myfitnesspal. Despite not following the hypnosis anymore due to its limitations, the one thing that did not happen anymore even after going my own way was the binge eating.

I decided though that i wasnt going to keep killing myself.
So i went online and found a website that sold low carb foods.
I fell in love, and to this day still eat these low carb items simply because i love them
Things like Low carb pasta, chocolate bars, rice, pudding, sweets, cakes, flatbreads, Etc.

And that is basically what i've been doing now since july 2015 until this very day is eating the foods i love (Even the low carb items i found ) logging them into MFP and sticking to a calorie goal. I joined the gym after online workout videos for cardio became to easy and i downloaded c25K onto my phone and began learning how to run. I graduated from c25k and moved onto the 10K trainer and then completed that and can now run 10K.

I no longer have diabetes anymore.
I was taken off all medications and no longer need anything, i don't have to test daily i just get my a1c checked every 3-4 months. My current a1c was 5.6%

I am currently working on trying to heal the diabetic ulcers as it's been 10 years now and my body has since forgotten about them. 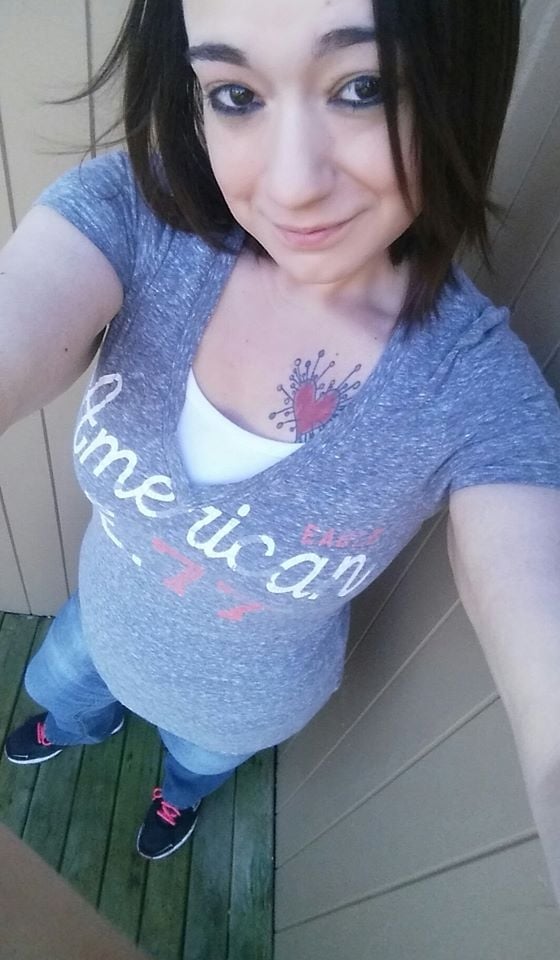 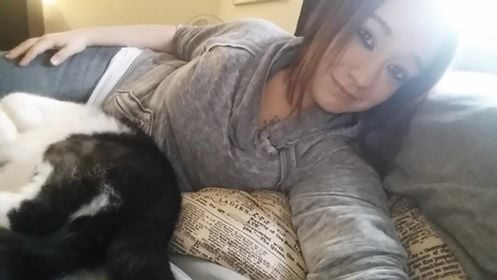 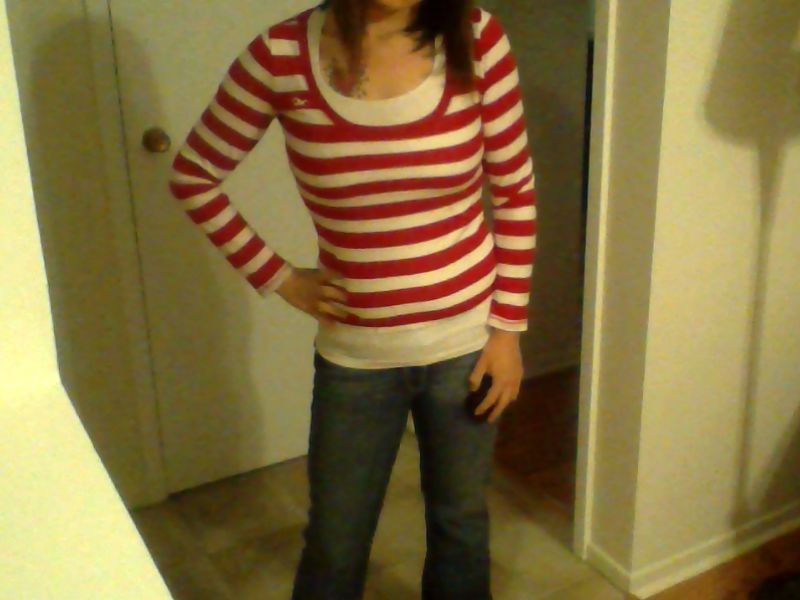 I wish i could say that my journey was a walk in the park but it hasn't been.

during my journey, i have cried. A lot. I have hated myself. I have fought the urges to starve myself for days, I have belittled and degraded myself. I have thrown out all my food in my cupboards and fridge in frustration, I have cried some more. I have kicked my scale across the floor, I have gotten irrationally angry at others, I have been under motivated, I have been emotionally paranoid, I have come on the MFP forums to vent out my feelings and have been told a million times to seek professional therapy.

I honestly still struggle with a lot of these things even now. PMS is hard. Even though i know its PMS the paranoid still gets the better of me a lot of the time. I basically have 1 good week, 2 so so weeks and 1 god awful week.

I just want people reading this to know that if you are having an emotionally hard time with your journey, it's normal.
deal with your feelings any way you can but just don't quit because you can still accomplish your goals even if you have 100 million hills to climb to get there.

and i didn't end up with the dream body i wanted. I have saggy skin in places and i don't have a flat stomach either, but i am healthy and am going to make it to 40, so i try to keep that in mind even though some days looking in the mirror is very hard.

and as i now go into the mind set now of maintaining my new weight, i hope my story inspires someone else to keep going and better themselves. you just gotta keep going, log everyday even if you dont want to, even if youre over, even if you have no idea how much of something you actually ate, log anyway, be accountable. teach yourself new habits, get to know what you eat, BUY A SCALE. embrace a new lifestyle change, it's not meant to be easy. Good luck.