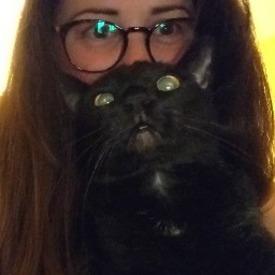 I have really been wanting to learn some kind of martial art lately, but I'm scared that it will go badly for me like it always does when I take lessons or someone tries to teach me something that involves coordination.

I keep thinking back to the bellydancing course I took at the Old Town School of Folk Music in Chicago. I paid good money for that course but was humiliated after the instructor kept stopping the class to tell me that I was doing it wrong. I was thrown off by the fact that she was facing us and I could see myself in a mirror at the same time. I couldn't figure out which side of my body I was supposed to be moving. I quit going because I didn't want to hold the rest of the class back or be singled out again in front of forty other women. I also remember taking a women's self-defense class in my early 20s and had a very similar experience where everyone was getting it but me. Heck, even in kindergarten I was the only kid who couldn't get through the entire gymnastics routine.

I don't know what's wrong with me that I can't visually observe another person's movements and reproduce them in my own body...and even when I finally get it, as soon as a new move comes along, my body forgets how to do the old move.

I don't want to embarrass myself or waste money again, but I really want to learn. Any tips or advice for improving coordination? I was thinking maybe starting out with Tai Chi or something slow like that would help and that maybe I could build up to other kinds of martial arts. What do you all think? Can I overcome my clumsiness?
February 11, 2017 6:03PM
0