Is a breakfast smoothie healthy? What's your opinion? 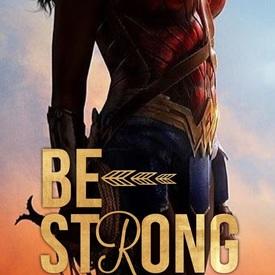 EllaGmember Posts: 23 Member
September 2017 in Food and Nutrition
I have a question.

I have a smoothie most mornings, I have 1/2 a banana and sometimes a coffee before I head off to the gym (this is more than enough for me otherwise I get the stitch) and then on the way to work after the gym I drink my breakfast smoothie. Sometimes I don't go to the gym because I can be lazy AF and trying to move my a*s to the gym some mornings is like trying to motivate a sloth on horse tranquilizers, but I still have the same smoothie.

A girl I work with has said to me everyday this week that my smoothie isn't "healthy" and "you should be more careful" and "You shouldn't be drinking it" and "Wheat packs smell weird". She also said I should be cutting my cheese stringer out of my afternoon snack

Nooooeee. I loooove my stringer! and my smoothie, but I wanted to get a realistic opinion as to if it's healthy or not. I'm not cutting out my cheese.

I believe my body (and brain) accepts my weight loss efforts when I focus on creating and maintaining a balanced eating patterns with zero takeaways, so nothing is excluded (except sugar in raw form and processed crap obvs) but I can eat what I want within 1500 cals. Otherwise I binge exorcist styles. Instead of the projectile vomit, its the opposite direction, literally everything - GET IN MY BELLY. So I'm worried about trying to 'healthify' my smoothie.

I blend and freeze muffin tin size pucks of a huge bunch of kale, a huge bag of spinach and a wedge of watermelon. One of those pre-cut ones, maybe a few hundred grams?

When I make my smoothie the night before I have:
1 of my frozen kale/spinach/watermelon pucks
Half small green apple
Half a banana
1 tbsp of oats
1 tbsp of cottage cheese
Small handful of berries
1 tsp of spirulina
Water
Blend. Smash. DELICIOUS. I'm literally trying to scrape the bottom of the container thing.

It does fine calorie wise. I couldn't tell if it affects my weight loss because I quite often have random, itchy, burny, Korean fried chicken flareup that I'm trying to curb, but I thought I was doing okay for breakfast with the above?