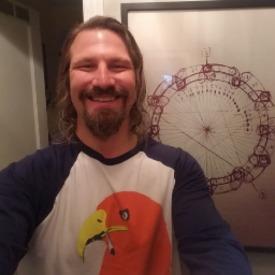 mutantspicy Posts: 624 Member
May 2018 in Fitness and Exercise
I posted something along this line at the S Health Group but there are not a lot of users there yet. So thought I would put this here to see who else is having these issues and if anyone has found a work around.

Step Counting - It took a lot of fiddling at first but eventually I got my step count syncing with MFP. Once its connected it has stayed connected pretty well.

Recording an exercise - Once I record an exercise it creates a separate item in my diary. I like that better than how fitbit does it. However, for some reason it spams my newsfeed it will make many posts over and over with the same workout. I've seen it make at least 6 posts for one workout, I'm pretty sure my friends group doesn't appreciate that. So if anyone has figured out how to turn off the auto posting of exercise in the news feed please tell me how?

Second issue with Recording an exercise, it cancels out my entire step count. It goes to zero. If you have negative calorie adjustment turned on, your entire calories from steps goes negative. I think its trying to adjust the calorie count from steps so there is no double dipping from steps during the exercise. But its clear this algorithm is bugged out.

At this point my work around for these two issues is to use UA record for recording exercise directly, this doesn't seem to bug out the S Health step count. I just wonder about double dip during my exercise especially if its a recorded walk or run. I don't know if it subtracts the steps from S health adjustment, I don't suspect it does.

Negative Calorie Adjustment - previous issue aside, I have never seen my S Health make a negative calorie adjustment and should almost always have one on Sunday as that is my rest and watch my DVR day. I'm set to lightly active, I could take 50 steps and do nothing else and still get a positive adjustment. So I'm pretty sure this feature is just not working.