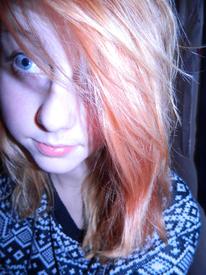 cloudmuncher16 Posts: 7 Member
April 2019 in Food and Nutrition
So for a long time I have struggled with bulimia, and when I eventually managed to break the cycle of purging/overexercising/taking 7 laxatives a day, I was still left with the binge eating. It has taken me years to realise how bad my binge eating actually is but I finally did and tried everything to stop it, but the more I tried to stop it the worse it got.
I became very uncomfortable in my own skin, even more so maybe than when I had bulimia.
So I am testing out a few things to try and help:
- Smoothies
- Celery juice craze
- Staying active/burning calories but not over exercising.

So I haven't actually tried the celery juice yet, it's coming with my next shop, but I have been doing the smoothies and exercise/movement for about 2 weeks now, I think. Basically how I do it, is to swap one of my meals (usually breakfast or lunch) for a smoothie instead. I make sure its packed with fruit and veg, and usually has either soy milk or juice in it too. I wanted to make sure I was getting a lot of vitamins and protein in. It was not about restriction at all but rather about looking for what I was missing in my diet - e.g. vitamin D, fibre, and proteins.
The second part was to remain active - so rather than pushing myself to do cardio or strength every day, I just make sure I am doing what I enjoy most. Some of my fave ways to stay active are - aerial arts (hoop, trapeze, acrobatics), hot yoga and cycling to work. That last one also saves you money, and I am hella broke. If I don't feel like exercise that day I just make sure to get steps in on my fitbit. However because I have FMS I still have days where I do 0 steps, and I am soooo ok with that.
So far it has overall improved my mood, my attitude towards my body, my cravings (50/50 tbh), and my energy/tiredness levels. Sometimes its hard to notice the effects straight away but I see subtle changes such as how many hours I can work before becoming tired (usually it's around 3-4 for me, but recently I have found I can do maybe 6). Disclaimer on this one though as I have just realised it might be because I had a week off work too... Still, the cravings have subdued a little which is nice, and I do feel full after this smoothies way longer than I do if I have a normal breakfast.
Now there are still some bad things too, sometimes I still get overwhelmingly hungry and even a little dizzy, and crave sweet things. BUT for the most part, I feel a bit better.
I highly recommend people with chronic pain/fatigue/FMS giving it a go, as I feel like a lot of people with chronic illness miss out on a lot of their dietary nutrients sometimes.
I can post some recipes if people are interested, might even post them anyways as I am obsessed with making them now (see, still addicted to food, just in a healthy way).
Emily, 22, UK
0