Welcome to Debate Club! Please be aware that this is a space for respectful debate, and that your ideas will be challenged here. Please remember to critique the argument, not the author.
Staying on Track Has Never Been Easier — Introducing Your New Dashboard!

Does a diet high in ultra-processed foods cause deafness/blindness? 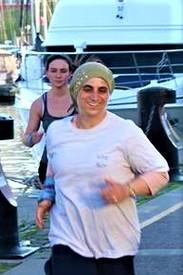 estherdragonbat Posts: 5,285 Member
September 2019 in Debate Club
...Or is it more that the victim in question appears to have eaten no fruits or veg whatsoever in years?