Of plateaus and swooshes 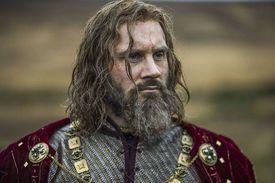 lgfrie Posts: 1,447 Member
December 2019 in Health and Weight Loss
Just a few words of encouragement for those finding themselves stuck in plateaus ...

So I've been at this for about 7 months, during which I lost an extremely consistent 2 lbs per week for 4 months, until I changed up the #'s a little for 1.75 lbs/week, which was also running like clockwork for a while.

And then right around Nov 1, my weight loss slowed to a total of 4 lbs lost over the next 6 weeks. Eating the same calories, doing the same exercise, with the exception that I had some sick time and a trip to the ER (mysterious unidentified virus) causing a couple weeks without exercise, and a few days that went south calorically (but not that many). Plus Thanksgiving, which was a food debacle of historic proportions.

Needless to say, being "stuck" was frustrating, especially in the last 3 weeks when I had NO weight loss, not one ounce.

Anyway, I got 6.6 pounds worth of swoosh over the last two days. Now that was fun! It brought my weight loss for the last 6 weeks to 10.6 pounds lost, which is 1.76 lbs per week, or exactly what it should've been during the whole six week period.

I've never been much of a believer in plateaus and stalls - always figured it boiled down to bad logging or getting sloppy with the caloric intake.

Anyways, I see the posts here from people whose weight is stuck and I just wanted to say, it looks like it eventually comes unstuck if you just plod along and don't give up!
27