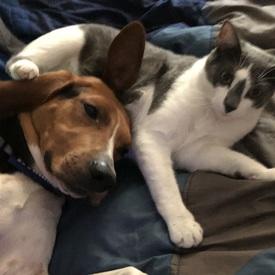 I'm told that generally when a person starts a diet, that at first, all they lose is "water weight" - not actual fat, etc.

How much of that initial loss is really water weight? Is it a general percentage of the person's starting weight? Or is it the weight that the person first loses over a certain number of days at the start of the diet?

For example - I started at about 187 pounds, and in the past 11/12 days, I've dropped 9 pounds. I've also been averaging about 1,350 calories intake per day, and have been hitting at least 7,228 steps each day (some days more) - that's a big increase in activity level for me.

Was ALL of that just water weight, and does that mean I haven't actually lost any actual fat?

I've heard various claims (the first 5% is water, the first 14 days is water, even the first month is water) etc.