Log In · Sign Up
Message Boards› Food and Nutrition
You are currently viewing the message boards in:
Tell Us About Your Summer Plans and Progress! 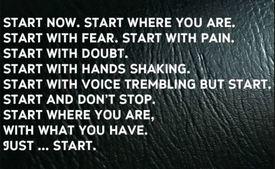 I'm really struggling right now. I was diagnosed with PCOS last year following the birth of my child, it's taken me 6 months drop only 2kg following my usual eating/exercise habits (normally it would be at least double the loss by now). I'm not on any meds for my PCOS but I do need to try drop at least another 5, preferably 10kg to see if that helps alleviate my symptoms. Another issue is that I suffer from IBS and currently things like dairy, red meat, eggs, many legumes/beans and nuts just don't agree with me. I'm finding it very hard to fill up on a good protein source and many shakes also cause flare ups. General symptoms are fatigue, cramps, bloating and very mixed digestive issues. I find I turn to refined carbs more and more for the quick energy hit and to fill me up short term, this of course does not help my weight loss efforts!