Remaining Calories Making Me Pull My Hair Out! 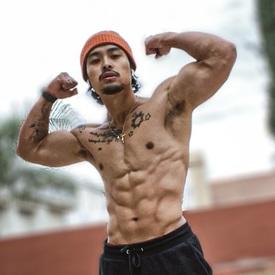 8 months into my transformation and i've been able to drop nearly 40lbs since July 2020..... i've counted every calorie, started aggressively on my deficit for the first 4-5 months then upped my calories and stuck with a smaller deficit and finally hit my goal leanness and physique. I am now currently trying to maintain, HOWEVER.... i've noticed a few things...

1. Appetite has sky rocketed (so i've had more episodes of binge eating lately) I also get hungrier when i up my steps..
2. Still confused and trying to determine what my actual maintenance is.. is it what MFP gives me? is it TDEEcalculator.com gives.. is it current body weight x 15??
3. And i'm wondering if i'm suppose to eat those remaining calories from exercise (10k - 20k steps + jump roping) will i still maintain or do i risk gaining weight? I burn between 300 - 600 calories and yes my appetite does go up so I do listen to my body, but i really don't want it to get in the way of maintaining and or even shredding a small few pounds of fat to get more shredded

Current Activity: I Resistance train (weight train) 3x a week and on other days i focus on abs but keep the same daily steps and jump rope activity (Basically 6 days a week i'm always moving).... Now that i'm looking to eat around my maintenance calories i plan to upping my activity.... between 15 - 20k steps a day... (including purposeful steps, jump roping, and natural daily living!)


Anyways I do hope this helps gives enough info in advance for the wonderful help... THANK YOU SO MUCH!!