How concerned should I be about inner chest pain with weight training? 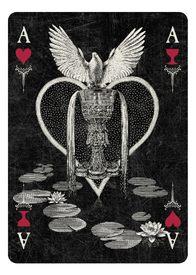 Spadesheart Posts: 462 Member
April 2021 in Fitness and Exercise
So, we've been back into lockdown where I live for a few weeks now. I had been vaccinated, so I was comfortable going to the gym and had been again quite religiously for a couple months before the closure. As I transitioned to working out at home again, I tried to emulate my new gym program I had adapted to for speed, which was full body, with the free weights I had at home.

It would seem that every time I change programs, especially if the program includes a lot of free weights, that I play this fun little game called "Am I causing an injury, or am I just working a muscle in a way I haven't before?"

This time, this game seems to be focused on my inner chest, specifically on the right side. It seems to be in the muscle. I'm doing 4 days of weight training right now, about 3.5 weeks into the new program, in a somewhat intense weekly calorie deficit. There are a lot of overhead motions, but I don't think those are effecting this muscle. There's pull-ups, weighted bench dips, floor presses, nothing too too crazy I think. There is heavier stuff for legs, but it there's any upper body involved there, it's back.

Anyways, should I be concerned about this? Should I back off for a bit, or work through it. It's definitely not a sharp pain in rest, but it is there.
0