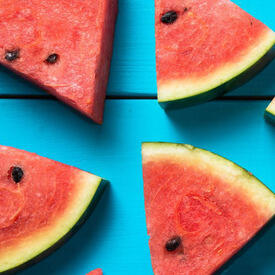 HealthyFoodieForever Posts: 10 Member
June 2021 in Introduce Yourself
Hi!
I'm new to MFP, but I lost 21kg since April 2020 by calorie counting. I'd still like to lose ~4-5kg and maintain at around -23kg.
Problem areas: inner thighs and arms.
Secret, less important objective: have a flat stomach.

My backstory:
I have been slightly overweight since I became a teenager. I like to think it was due to my parents and family being obsessed about weight (they still are). I was on my first diet at 12, before becoming overweight. Since then, I tried all sorts of stupid and crazy stuff, including only eating lollies one summer LOL!
As I grew up, the kgs piled on and I got to overweight, slowly getting further and further into that BMI. I was about 13kg overweight. I always tried new things. I'd lose a little and put on more. One summer, I lost 6kg and got back to BMI 25.
Then they found some pre-cancerous cells in my cervix. I stupidly thought that if I was eating vegetarian, healthy, exercising and losing weight, but I was still at risk of cancer, I may as well just quit. So I did. And the kgs piled on and on.
Last year I saw a picture of me and I could not recognise myself. I was disgusted. I realised I lowered my gaze on the street when meeting other people. I compared myself to everyone. I avoided mirrors and group pics.

I decided I had enough. So I started being healthier. At the beginning, I just ate less and exercised more. Then I started tracking calories. After losing 11kg, I caught a tropical fever. I was unable to walk/cook/... for 3 months. I lost 5kg in hospital and then put on 7kg once my husband started stuffing my face with pasta.
In January I started my journey yet again at -9kg. I'm now down 21kg. I'm still terrified that I will gain it all back. I want to lose some more fat (not necessarily kgs), but I'm miles from where I was last year. I'm learning to embrace my progress, rather than obsessing over the fat I want to lose.

I'd love to make some friends on here to keep each other accountable!

*Written from my phone, sorry about any typos.
2