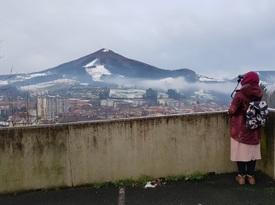 xxzenabxx Posts: 883 Member
July 2021 in Health and Weight Loss
So I just purchased the Renpho smart scale from Amazon after reading that it is the most accurate BIA scale out there. I was really surprised to see that when I turned athlete mode on then my body fat % was 25% and when I turned it off it was 37%! Such a huge difference. I know they aren’t as accurate as a dexa scan and I don’t want a lecture about their accuracy because I know that. I guess what surprised me the most was the difference between athlete mode and normal mode. Online my body fat % was 32% which seemed more likely. Now I’m confused because I do have more muscle mass and a higher bone density than the average woman so could the athlete mode be more accurate for me? I was expecting it to be different by 3-4 % but not by 12%! Has anyone else used it and should I use the athlete mode or the normal mode? I’m also using it to just track my weight trend on the Renpho app as well.
1