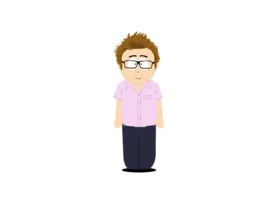 marius_paps Posts: 52 Member
October 2021 in Health and Weight Loss
Browsing the forums I notice there's a lot of confusion, misunderstanding, about the NET calories, what their goal is etc.
To me they're just an annoyance.

Calories Remaining ought to be sufficient. These are the calories I can still eat and still be losing weight.

Now most of the net calorie discussions seem to be how many of these remaining calories should be eaten, how much would be OK to not eat.

IMO, it would be nice if it displayed something like "we'd recommend you eat at least this many calories".

Let me tell you that this is an absolutely ginormous amount of calories if you want to eat this in a healthy manner (say, a bag of M&Ms would easily do the trick but that's a different story ...)

So oftentimes, I'm 'stuck' with 1000 calories at the end of the day. Most of time I find that out late in the evening and it's definitely not healthy to try and eat 1000 calories just before going to bed (yes I sleep my 8h).

The next morning I do an +1h intense bike ride while fasting. I wonder how I even manage

I definitely couldn't do that if I didn't eat enough (esp. carbs) the previous day.

Also, since I started, I didn't lose a lot, but (maybe) gained some stamina and probably some muscle (which is heavier than fat) and my bike rides are going well (except this morning because of the headwind I had to make a bigger effort to keep speed).

Thus, even while not eating enough (?) I seem to be able to function quite well (I'm a machine

Maybe I ought discover what percentage of left over calories vs. goal calories would still be healthy.

(the most surprising thing is that with all that exercising I still managed to be somewhat overweight. Oh, that's no surprise: snacking

Sorry, too many words