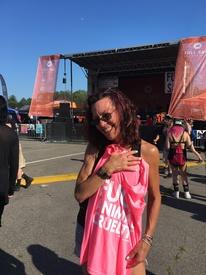 BoxerBrawler Posts: 2,046 Member
May 11 in Health and Weight Loss
I have a question for the ladies.
Menopause... is it real?
I could say the sudden weight gain around my mid-section is menopause, or I could say it's due to falling off track with exercise and nutrition, or both? I never had kids. A few years ago I got a hot flash or two, but that was it. No menopause-type symptoms to speak of. Anyone? Thanks!
0