What do you think? insights from a WW leader 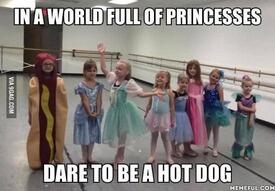 neffybetty Posts: 26 Member
June 24 edited June 24 in Getting Started
My sister who was a weight watchers leader said that people who struggle to lose weight are usually on medications that cause weight gain or have addictive personalities and chase instant gratification so won't say no to something they want. She said that most people are four chocolate biscuits a day away from a bikini body (as in they are only overeating by a small amount, but it makes a big difference). She also said that most people stop tracking their food intake because they want to cheat and they can't face up to what damage they are doing to their daily intake so they won't even look. They stop tracking so they can pretend the calories/points don't count.

Something I've noticed, is that they say only 5% of people who reach their goal weight will keep the weight off. But how many people reach their goal weight in the first place? I've tried to lose weight hundreds of times, and mostly have only lost 3kg at a time. I got about half way on my first real attempt, but mostly it's failure after failure. It would be interesting to get numbers of how many people are successful at keeping weight off from all diet attempts, not just people who made it all the way.

Sorry if this post is a bit all over the place to read. Hopefully you understand what I'm saying. Sorry again, this was supposed to be posted under debates.
0