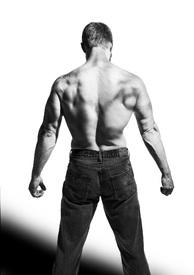 SideSteel Posts: 11,069 Member
November 2015 in Health and Weight Loss
A copy pasta from James Krieger, a brilliant man with a head that's damn near as big and misshapen as mine.

"Conclusions in science are always tentative based on the data. When presented with new data, a scientist evaluates that new data against the current body of data, and determines whether current conclusions are supported or should be modified or overturned.

I wrote this as a comment in another post I made but felt it bears reposting here. It illustrates the accumulated data which overturned my thinking regarding the glycemic index and appetite.

There's been a number of studies over time that have led me away from considering GI as an important factor in appetite regulation (I used to believe it was, but there's too much data that has made me change my mind).
One of the first studies in fact was done by Jennie Brand Miller, one of the big GI proponents. They tested 38 different foods and looked at factors that predicted satiety. GI was not one of them. Rather, energy density, protein, fiber, and palatability were predictors of satiety.

In another study by the same authors, glucose responses were not predictive of satiety.

In a meta-analysis of studies, glucose responses were not predictive of satiety.

Energy density and fiber are big confounders in GI studies. When you control for these things, the impact of GI is either weak or non-existent.

For example, in this study, which controlled for energy density, macro nutrient content, and fiber, a low GI meal only had a very small effect on feelings of
fullness, and there was no impact on actual energy intake.

In this ad lib study which controlled for the same factors, there was no impact on satiety.

Another ad lib study which controlled for these factors, with no impact on satiety
http://www.ncbi.nlm.nih.gov/pubmed/15277154

In an extremely well controlled, well designed 8-day study in the lab, which controlled for macronutrient content and palatability, GI was not related to
appetite ratings or food intake.

For all of these reasons, I do not consider the GI a very useful tool in constructing high satiety diets. On top of that, being focused on GI can lead people to avoid certain high GI foods that are, in fact, very satiating and nutritious (like potatoes)."
0