Heartrate and caloric burn relationship - How much does HR actually influence it? 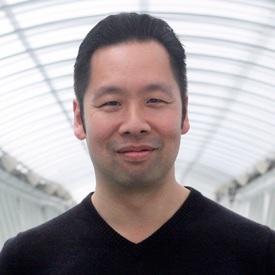 Given two identical people (same body composition, etc.) who are performing the same *light* activity (e.g., Office work, a hundred steps here and there, and NOT exercise), how big of a difference (in very, very rough percentage terms) would there be between their caloric burns if one was at a HR of 70 bpm and the other had one of 90 bpm?