Is there a need for hiring personal trainer for my goals? 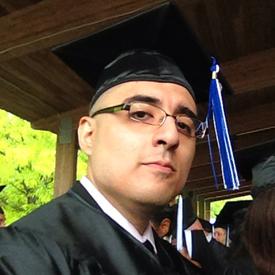 a month ago, i hired a trainer to help me get back into shape. And for awhile, he was good at scheduling times and such. Now he still sends me workouts via text and asks for time as an accountability. But the in house class scheduling is becoming a pain and he cant make convenient times that work my schedule.

my total goal is to burn fat(yes i am fully aware that burning fat begins in the kitchen). But in terms of a workout plan, i just want a dual program that offers "homework" to do at home and at the gym, while incorporating my stationary bike.

is there a website or good workout builder out there? or maybe even a good workout database that you suggest.